A Hundred Years of The Lovesong of J Alfred Prufrock

Poet Don Paterson takes a look at T S Eliot’s seminal poem The Lovesong of J Alfred Prufrock 100 years after it was published and on the 50th anniversary of Eliot’s death. The poem was seen as outlandish on its publication in 1915 but has since been seen as heralding the shift from 19th-century romantic verse to modernism and as the beginning of Eliot’s influence as a poet. Paterson will read the poem and talk about its importance in Eliot’s work and in the wider context of modern poetry. The event will also include clips from the 2009 BBC Arena documentary, T S Eliot.

Paterson is an award-winning poet and two-time winner of the T S Eliot Prize. He teaches poetry at the University of St Andrews and holds the Queen’s Gold Medal for Poetry.

He will be introduced by Anthony Wall and by Graham Benson. Wall has for over 30 years been a director, then series editor and executive producer of the BBC’s flagship arts documentary series Arena. Benson is vice-chairman of the FT Weekend Oxford Literary Festival and the festival’s executive consultant – film, television and theatre.

Supported by the T S Eliot Estate, BBC4 and Arena. 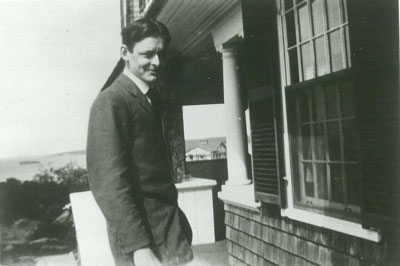