Fantastic opening weekend with much more to come 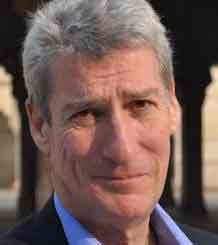 The opening weekend of this year’s FT Weekend Oxford Literary Festival was a huge success with many speakers talking to sell-out audiences and the new marquee proving a big attraction – and there is plenty more to come.

Prolific novelist Alexander McCall Smith and novelist and arts broadcaster Melvyn Bragg both feature in the Sheldonian on Friday. The day’s programme is topped by a special tribute event to Nelson Mandela with one of his colleagues Ahmed Kathrada.

Elsewhere on Friday, novelist Margaret Drabble, pictured right, talks at Christ Church Hall about the life and works of Jules Verne, and bestselling author of Chocolat Joanne Harris talks about her new adult fantasy novel on the rise and fall of the Norse gods, The Gospel of Loki.

Nobel-Prize-winning Turkish novelist Orhan Pamuk and 2013 Booker winner Eleanor Catton are two of the biggest draws at the final weekend of the festival.

Catton talks about her Booker-winning novel The Luminaries at the Sheldonian on Sunday, which also sees an appearance by children’s authors Lauren Child and Michael Morpurgo. Morpurgo’s The Mozart Question Concert will bring a fitting climax to the festival before what looks likely to be a sell-out Sheldonian audience.

Tickets are still available for most events but are selling fast. Festival-goers are advised to book online before setting out to avoid disappointment or queues. You can also book at the festival box office in the marquee or by telephoning 0870 343 1001.